Please advise what do I have to do to get this beautiful looking LimeSDR board sitting on my desk to transmit? There are NO tutorials. The documentation is so thin and scattered as to be near useless at this point. The existing lists of features and specifications are not instructional. I have GNU Radio Companion installed in Lubuntu 16.04, but I can not find any Lime SDR transmit control or modulation blocks. FM? AM? SSB? What is missing in the LimeSDR ecosystem? Another fundraiser for software development? I thought the extra $10 I contributed would go toward seeding such a thing into existence. Do I need to abandon Linux for now and move to Win 7? I am reminded of the Far Side cartoon “Mr. Osborne May I be excused? My brain is full.” AC8XA.com Thanks!

@sfrahm1 Use GNU radio or pothos - look in the tool kits for a ‘source’ and a ‘sink’. You might want to incorporate an audio source, in which case you’d need a modulation tool from the tool box to add it to your desired carrier frequency. You might also want filters to prevent transmitting to nearby frequencies used by other people / institutions.

KC7NOA - Building from Source is a whole ‘nother can o’ worms I would prefer to avoid if at all possible. I tend to try to look for either a PPA or complete meta package first. Failing that, I then look for a procedural list of what someone else has already successfully debugged on their own particular version of OS to start with.

TegwynTwmfatt - OK so perhaps then I am missing and need to install… soapysdr-lms7 = Lime Suite - SoapySDR bindings. Do any complete lists of all the dependencies required to use either GNU Radio Companion or Pothos together with the LimeSDR on Linux exist anywhere? I have read and re-read all I have been able to find, but I may often miss the obvious. If I try to install both GRC & Pothos on the same instance of Linux are there any potential conflicts?

Many thanks for both of y’alls kind assistance.

I already have soapysdr-module-lms7 Lime Suite - SoapySDR bindings metapackage
Do I need any osmo or UHD packages?
73’s

UHD USRP Sink ?
UHD USRP Source ?
Is that the port to address the Lime SDR board i/o with?
Address syntax?
…

Rest assured that people are working on this. So far, some have reported getting an NBFM transceiver working in GNURadio. My guess is that they started the tx and rx streams and left them both running at all times.

SoDaRadio is now to the point where it can receive all day. It can transmit once or twice, but then the transmit streamer gets screwed up and, as Mr Jagger might say, “I can’t get no modulation.” The trouble seems to be in the transition from active to inactive (via deactivate) and then back to active (via activate). Leaving the transmit streamer active between transmissions is not an appropriate choice, as this leaves an unmodulated carrier on the TX port. (I see it quite clearly on another receiver in the shack. I am sure it will be suppressed a little more once I get the IQ balance right, but even then, 40dB is not enough when we’re dealing with extremely sensitive receivers in the neighborhood.)

If I could see that code actually working with SoapySDR, I’d be within hours of getting a full featured multimode VHF/UHF (and kinda HF) transceiver working with a LimeSDR.

I have looked all through the SoapySDR code, and the LimeSuite code. It seems there are no example applications that come close to this pattern. In fact, there are very few instances of code that excercises the transmit stream code/logic at all. But we know that the basic TX functioning works – we’ve seen it in GNURadio and for the first happy transmissions from SoDaRadio. But clearly there are issues in the deactivate/activate transitions that either need to be fixed or need to be documented.

So far, it took just half a weekend to get the RX working. I’ve now put about 30 hours into the TX side and have made very very little progress. Lots of blind alleys, and a few surprising discoveries, but still having troubles with TX.

(SoDaRadio has been working as a USRP application for five years. I know the TX framework is functional. From the documentation of SoapySDR, the interface is very very similar to libUHD.)

With luck, we’ll see some kind of example code soon.

OK, many thanks. I found the missing link that I needed. I followed the instructions here - https://github.com/pothosware/pothos/wiki/Ubuntu & was finally able to find the source and sink blocks in Pothos, see and connect them to the board. I don’t know what was missing in the GNU Radio Companion GRC setup, but will address that later. I also found the NBFM example at Working NBFM transceiver on GNU radio I don’t know why that one is so hard to find.

@kb1vc Can be frustrating at times, but that’s engineering for you!

This does not feel so much like engineering. I do all kinds of engineering every day for fun and even usually profit. This feels more like wandering around with a blindfold on and a stick in my hand. I KNOW there is a pinata around here somewhere, whack swipe whack… | ^ ) _/

Hmm, so I started to try recreating working-nbfm-transceiver-on-gnu-radio/1222 example from the GRC block diagram in Pothos GUI instead. …There are no modulators of any kind that exist yet in Pothos GUI that I can find. …and no defined path on how to begin to possibly create one from any math functions that I can find either. OK, so the original question remains and a new question emerges - How does GRC GNU Radio Companion software possibly connect to the LimeSDR board hardware?

Is the only answer to build a version of GRC from source with Lime SDR libraries included?

LimeSDR setup with GnuRadio - is without any answer.
I am in the same condition as KC7NOA “gr-osmosdr seems to not be showing soapy as a sink … is there a way to test gr-osmosdr? SoapySDRUtil --probe=lime Outputs a bunch of stuff so i figure thats ok … and i can connect to the Limesdr-usb and get the gateware version and such with LimeSuite”

https://osmocom.org/projects/sdr/wiki/GrOsmoSDR does not mention Soapy, LimeSDR, or LMS7 Still wandering around in the dark so far…

Is there anything better yet in the Windows OS world? …or shall I just remain patient here in Linux and/or start compiling stuff myself?

Can we get some help for Matt (@kb1vc) to break the transmit barrier? Josh or anyone? This is pivotal to the success of the LimeSDR for A LOT of modes other than Ham Radio.

LimeSDR does not work under GNU-Radio of the new version of pothosware/PothosSDR (16-May-2017). It does not connect any more.
Any idea?

It’s been awhile since the group has heard from you for SoDaRadio on the LimeSDR. Can you give us a status update where you are on transmit at your soonest?

Is there any simple C/C++ sample using SoapySDR to transmit? Like just a simple tone/sine?

you can checkout my little Qt app. It uses threads and a simple producer/consumer scheme to transmit a sine and display the received spectrum. There are also some GUI elements to access the register on the FPGA/LMS. 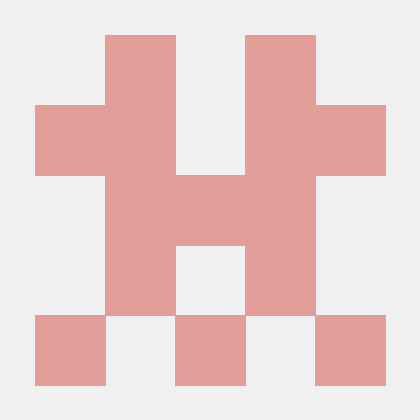 A basic transceiver example using Qt and the LimeSDR. - spr02/LimeQt

I can give you some GNU radio samples if you want for AM, FM and SSB.