Usually, when tuning my Lime board (to, for instance, a NWR station), I get a spectrum like this: 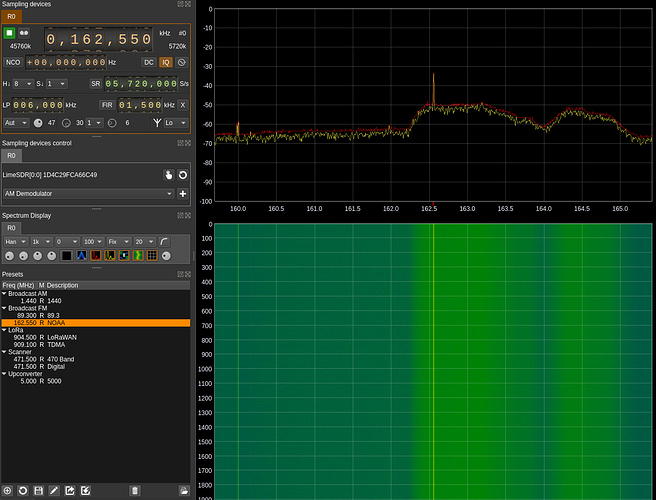 Just what you’d expect. (I’m not sure what the broader bands are—they move in the opposite direction of tuning, or sometimes vanish if I tune e.g. 163.550 instead of 162.550. Any ideas what they might be?) 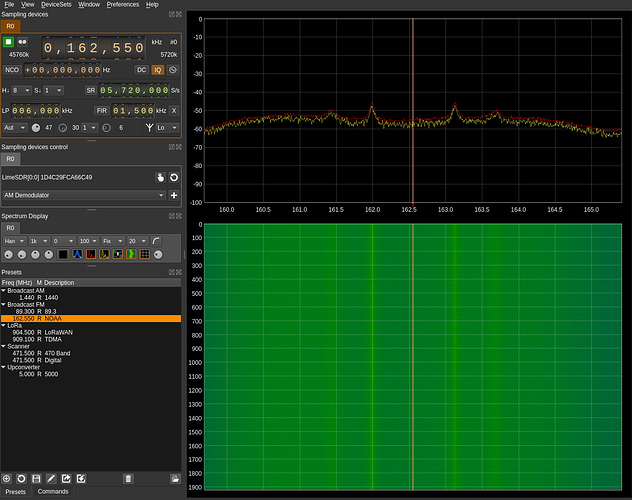 When I do, the pattern stays more or less the same tuning up and down the spectrum. (I’ve seen a similar issue on higher bands, too.) Eventually, on a tune operation, it goes away on its own, without any indication as to why.

Is this faulty hardware? Does SDRAngel set some registers incorrectly when tuning?

I see the same problem at 161MHz with a similar spectrum plot where half is missing and it starts to look right towards the higher end of the channel:

Thanks for the heads up. I’m tracking your thread—I’m looking forward to seeing whether a different LimeSDR fixes your problem.

Wonder if this happens on Windows as well? Could be a Linux driver problem.