When I run “SoapySDRUtil --probe” the command works and detects the LimeSDR but it also outputs errors (see attached image). I am also having issues when I try to use the LimeSuitGui to interact with the SDR (even to read the temperature, see attached image). None of these issues were happening a day ago. I’m on Ubuntu and I’ve tried purging all installation files and redoing the installation process without success.

In addition to my current laptop running Ubuntu, call it system A, I had also weeks ago gone through the LimeSDR setup steps on another Ubuntu system on another computer, call it system B, where the SDR was working weeks ago. I have not touched system B since weeks ago when I set it up. At that time I was able to use this SDR with LimeSuiteGui and SoapySDRUtil on System B without issue. Today I tried inserting the same LimeSDR into system B and encountered the same LimeSuiteGui and SoapySDRUtil issues as on System A. This suggests to me that something has happened to the hardware itself (either via improper software installations or some other issues).
Any ideas on how to proceed or hard reset the hardware? 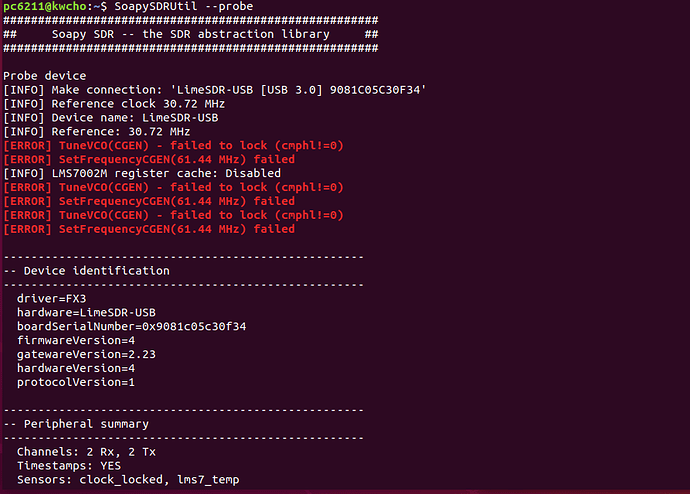 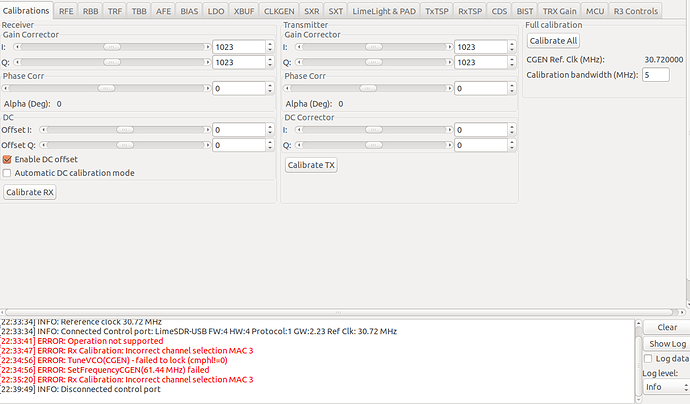