Sorry for creating one more topic with a similar issue.

Issue: the board isn’t detected by PC, LEDs don’t work (neither shine nor blink).

I’ve checked it using the following commands (all of them don’t react when I plug and unplug the board):

I’ve read similar posts and I made some measurements:

The issue was caused after transportation. So I explored the whole board carefully and everything looks good except only one element IC25. It seems that the left bottom corner of the FPF3042 (IC25) is chipped off (very small about 0.5mm deformation). I tried to transport the board carefully but probably something went wrong…

Any suggestion is appreciated!

Ouch, sorry to hear that.

This is one for @Zack.

Could you remove FR56 and measure voltage on C367, please. 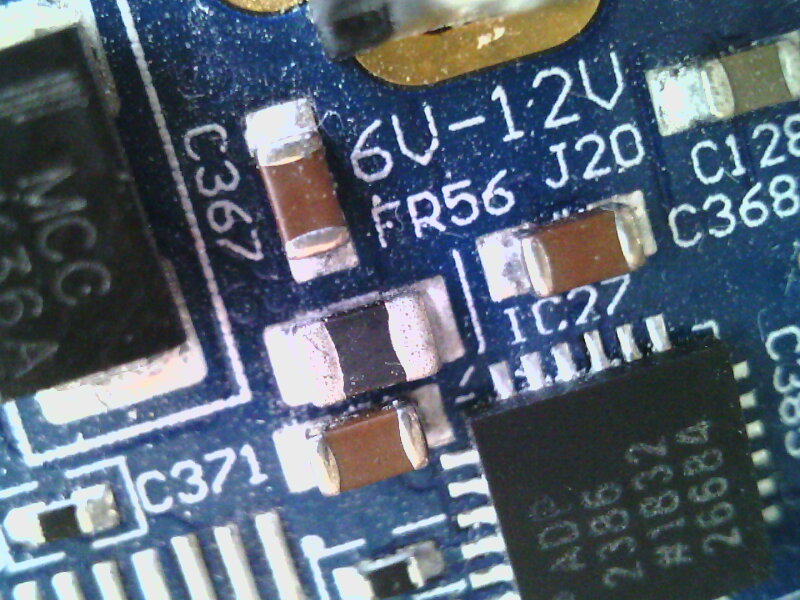 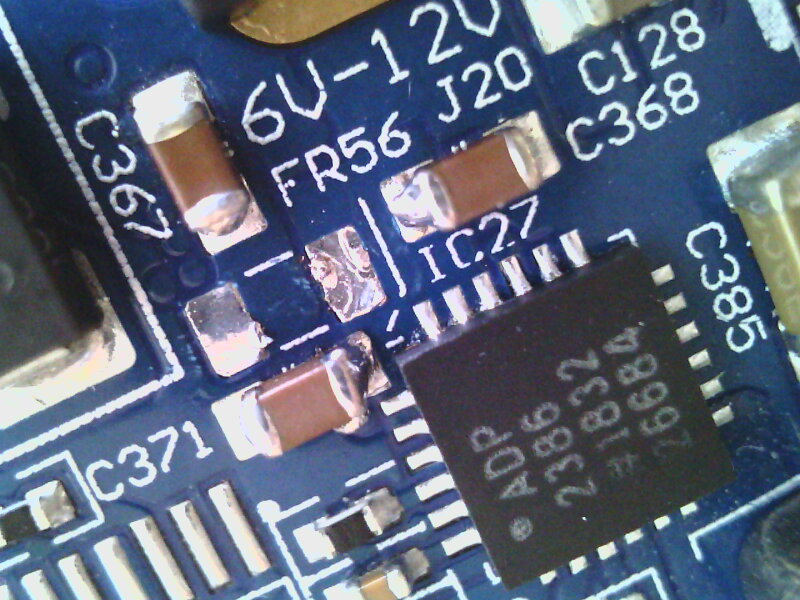 This proves that IC25 is damaged. Now you have a few options:

We’ve bypassed IC25 by soldering R167 and we confirm that the board works well. 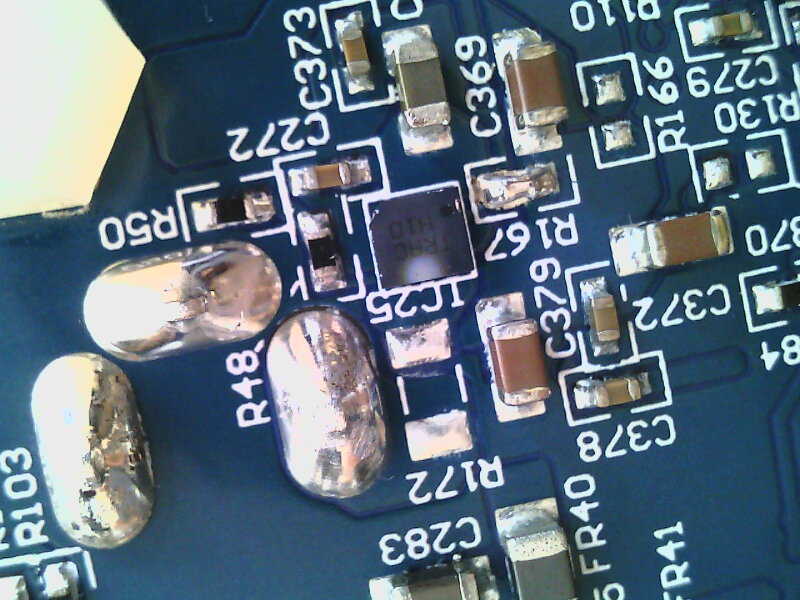 The board is detected by PC and LEDs work. We checked it by the quick test (LimeSDR TestApp on Windows) and all tests passed. It seems that FPF3042 isn’t a widespread component, and probably we’ll spend some time to buy it. So for now we can’t confirm that replacing FPF3042 lets completely recover the board. But we’re satisfied with the current result, so the issue can be considered as fixed. Thank you very much for your prompt replies and professional support!

It is very good that the malfunction was recoverable, but I’d like to avoid similar issues in the future. At first, I thought that the issue was caused by mechanical damage when I carried it in my backpack (the board was in a standard carton box). 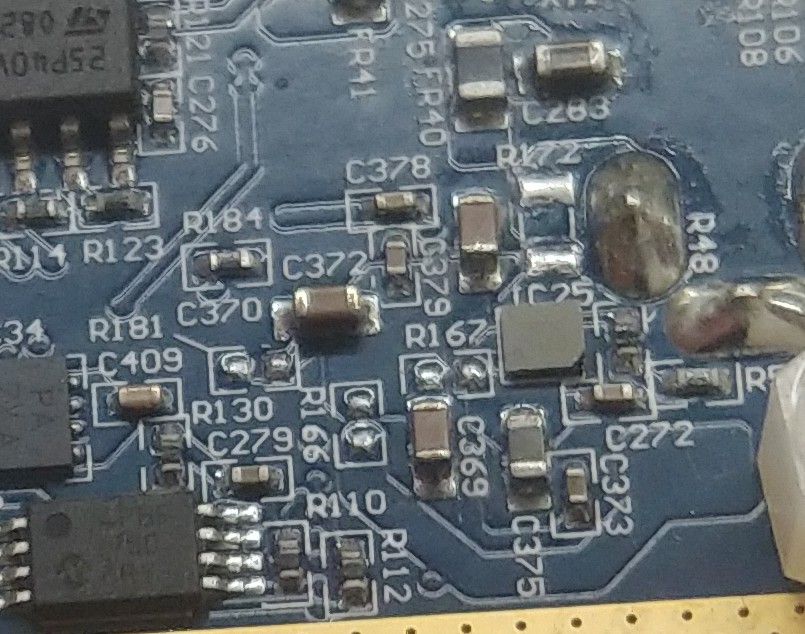 But I asked my EE teammate and he told me that it unlikely was a mechanical issue and probably IC25 was damaged as a result of improper temperature mode and/or improper input power. I used the board without a fan and now I’m going to buy and install it to prevent overheating in the future. But I have a question regarding input power, I used USB 3.0 on my laptop and I’d like to know is it the best choice for powering the board?

Could you clarify, what power mode is preferable for the LimeSDR USB (USB3.0 or external power supply)?

Safest is a good quality USB3.0 hub. I had the same issue from using a 12VDC external power.
I only draw 750ma from USB3.0 hub max.

Thank you for sharing your successful experience!

Could you confirm my understanding, please?

Here’s the issue. Many cheap USB3 hubs have real small power supplies & therefore will not do. Get a $30 hub with 12VDC power supply. I have had both of my LimeSDR-USBs running at the same time TX/RX with no issues.
You must have a power source for the hub. As always, bigger is better.