I’ve been working with the LmiSDR Mini for a few weeks now and am loving it. I’ve created a few projects to get familiar with how to control it and how it behaves. All of them are working in Ubuntu 18 TLS.
I’m hoping to contribute something useful to this community in the form of some example projects.

I’m not looking for specific feedback, but I would appreciate recommendations for additional projects to build out or specific modification to these. My purpose in posting this was that I was looking for example projects other than those included with gr-limesdr. I’m hoping these will be useful to someone and I will to continue to add useful examples to this list. 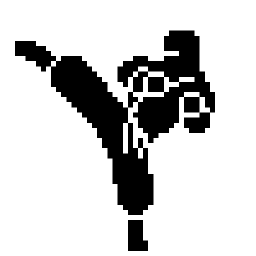 Great to hear that you’re having fun and thanks for sharing these!

DAB could be really interesting:

As would getting the RADAR examples working:

Though if I remember correctly some use a UHD/Ettus specific block, so we may need something similar for LimeSDR hardware.

Thanks, those are some good recommendations. The DAB project looks interesting and more promising than the other so I’ll try that one out. For the radar one, it looks like I’d need a separate sig-gen which I don’t have so there’s not much I can do there.

So, after a long night I’ve gotten gr-dab, or rather DABstep, to run using the LimeSDR Mini!
I’ve only tested Rx mode to see that is doesn’t crash. Since I’m in the US I can’t test it with over the air broadcasts… yet.
It only took a few modifications to gr-dab and a new lime rx/tx dab class to get it going. Oh, and I had to install uhd, gnuradio, gr-dab, and gr-limesdr all from source to overcome some incompatibilities with Ubuntu’s ppa version of gnuradio. After I polish it up and test some more I’ll post my branch of gr-dab on github.

For those interested, I’ve forked and opened a feature branch for the limesdr: https://github.com/jakeson21/gr-dab/tree/feature/limesdr
This is definitely still a work-in-progress…

Odd that you needed UHD when using gr-limesdr source/sink. Was this a build dependency for gr-dab?

Yeah, it was simply to not break its current support of usrp radio’s. I would take more work to rip usrp support out than to have the uhd library available.