I ran into an issue with the GFSK communication module, I send some text from a file and read the received text through a pipe to python.

In about 80% of the cases the bits get mixed up. For example, while sending the ‘UUUUUUUSTARTUUUUUUUU’ pattern I occasionally get it right, but most of the times something scrambled like ‘UUUUUUUTd510T9515UUUU’ or ‘UUUUUUUMQ05IQUUUUUU’ is received (I used the U letter since it’s an easy code to spot, it has the 01010101 clock code

Any advice would be welcome

Here is the image of the setup with two LimeSDR units: 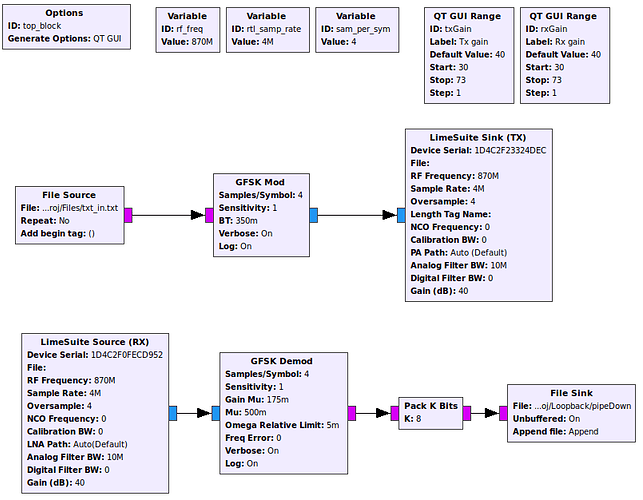