I recently downloaded the quartus software and also the vhdl modules given in the official github. However, the code does not compile. Am I doing something wrong? 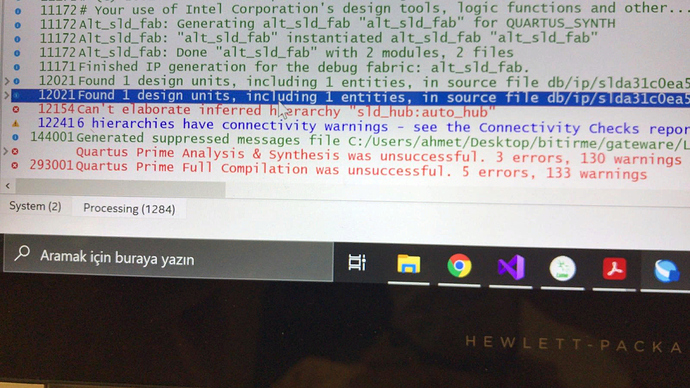 Are you using the exact same version (Altera Quartus prime 15.1 Lite Edition with Cyclone IV device support) that was used for the gateware development ?

If you search, you’ll find that other people had similar problems attempting to use later versions.
e.g.

Just an update, I was able to synthesize the “original/unmodified” design successfully. I had an initial issue because I was running with a newer Quartus version. The issue was resolved when running with version 15.1. [image]