I have been thinking about reception of 5.8 GHz band with LimeSDR and found this experiment:

Do you think it is workable solution? Are there any cheaper options? And could it be possibly used in reverse also for TX (I don’t know much about LNBs)? 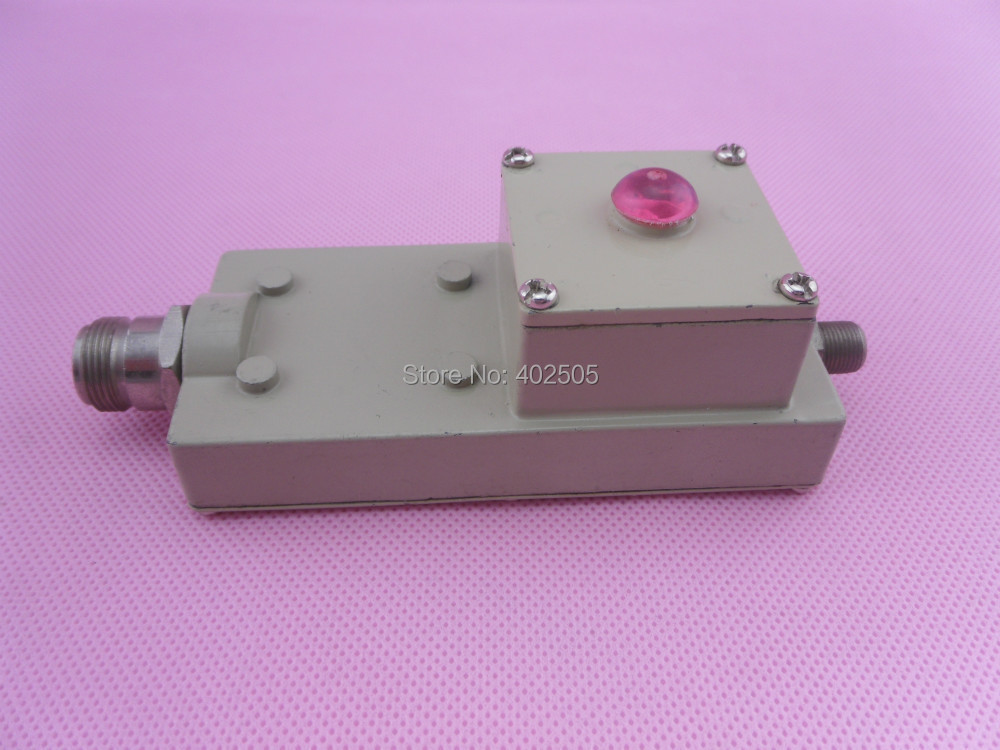 Never knew there were custom lnbs.Checking it out now.
Anyway I think it should work.There isn’t much happening in 5.8ghz though…

@M3us Another possible option - modified DIRECTV SUP-2400 converter, which is dirt cheap - only $5 on eBay. See those 2 blogposts:

It should have very stable 2400 MHz L.O., so it could maybe allow reception / transmission of whole 3.8 GHz - 6.2 GHz range on LimeSDR. Anyone more experienced in RF electronics who can weight in?

That LNB should work fine for listening to wideband stuff not requiring good frequency stability.
It will not work for TX without modifications. The LNB has a 4.5GHz DRO local oscillator. As evidenced by the ±1.5MHz frequency stability quoted by the manufacturer and the glued tuning screw on top of the DRO oscillator.
So for narrowband stuff or stuff requiring good stability (CW, SSB, DATV, satcom and so on) it would need to be modified with a more stable LO. One easy/cheap option would be one of those ADF4351 synthesizer boards from ebay and some arduino board from the same source.
One interesting option is using one of the LimeSDR TX outputs as a stable LO for the converter.

If one wants to transmit trough the LNB, the LNA and post mixer IF amplifier would need to be removed and jumpered with some coax. Then it would be bidirectional with some loss (easily 10dB loss). or one LNB modified for TX and the other kept as stock. But the price starts to rise fast. At that point it might become economical to just buy a transverter or receive converter from Kuhne/DB6NT.
One example:
http://shop.kuhne-electronic.de/kuhne/en/shop/amateur-radio/converter-transverte/low-noise-converter/MKU+LNC+573++Down+Converter/?card=614

As for the SUP-2400 converters and their mods. I have some of them waiting for time. I’m interested in seeing how well they perform after modifications. If nothing else the SUP-2400 will be more stable than the custom LNB.
But I’m worried how well the mixer will perform on C-band.
As the converter is originally made for converting 250-750MHz up to L-band.

One option for going above 3.8GHz is also PLL locked C-band satellite TV LNB’s. One should be able to get one for under 40eur. They are made for 3.4-4.4GHz, exact frequency coverage and how wide filters are varies between models.
I have one from Aliexpress for 3.4GHz reception with my scanners and rtl-sdr.

An additional option for the crafty person would be buying one of those 5.8GHz video receiver modules on ebay, removing the 480MHz IF filter and tapping the IF output. The bad thing is that the frequency reference on those is a normal 8MHz crystal and the LO in the chipset used has quite a bit of phasenoise, not a problem for video or FM audio, but performance is degraded for other uses.

While not a professional RF engineer, I do like my GHz.

You would need power also, most C-Band require 18v to the LNB… Use them a lot at work (TV Station)

can i receive (and probably transmit) such signals with the lime??

I build one downconverter that extend the RX of the LimeSDR and ADALM PLUTO SDR from 3.8 - 7.6 GHz. I am testing it for the moment on a cheap RTL dongle and it works fine.

I have done this with My UHFSDR to push its UHF operation up to 1Ghz (limited by Mixers) and i thought i would do that same test with the LimeSDR i has asked some time ago what kind of signal is sent to the mixers in the Limesdr and was assured that it was Square wave ...---... that was important to me --- UHFSDR also uses a square wave Lo. UHFSDR running Quisk (Odroid-X2/Ubuntu16.04-32bit) LimeSDR runnung GQRX (Odroid-C2/Ubuntu16.04-64bit) Jim Veatch sent me these Band pass filter for 2M…

I missed that MadMax thinks that the LimeSDR is operating on a 1/3 sample and not a 3rd harmonic of the Lo from this thread… these are not the same thing.

dg9bfc,If you have good known power level signals for 5ghz and 10ghz … even 3ghz … could you report on signal differences between viewing source signal @ 1/2Lo and 1/3Lo of the target signal?

This should put to rest if this is a function of the Mixer or Lo 3rd harmonic. –

I have already done this kind of test at VHF and posted the video … 2nd harmonic of Lo had no view of target signal but 3rd had 10db lower signal (than fundamental) – as expected from a square wave Lo, but i have no calibrated signal sources (or any signal source above 2meters besides a gunnplexer AND HB-100) and having a signal in the 5Ghz area – the test can be reproduced with the 5ghz target freq.

Has anyone good results with down converting signals in the FCC 5.8GHz range (around 5650MHz to 5925MHz)?

The original link doesn’t work anymore but I found things like S Band LNB 5.8GHz or 5.2-5.8GHz LNB Down Converter that can be customized. Can I expect to simply plug them to the Lime and be done with it?

A huge difference between those LNBs are the LO accuracy and stability: for the MKU it’s supposedly +/-10 to 20kHz which is acceptable, while the others +/-1500kHz.

Too bad the LMS8001 Companion Boards doesn’t seem to be in demand. @andrewback I guess there’s no plan to make new ones? Also what’s your take on those LNBs?